Mount Ievers Court is an 18th c. Irish Georgian country house nestled in the Co. Clare countryside just outside the town of Sixmilebridge.  The house was originally the site of a 16th c.  tower house called Ballyarilla Castle built by Lochlann McNamara.  The tower house was demolished in the early 18th c. to construct the present house, built between 1733-1737 by John & Isaac Rothery, for Col. Henry Ievers.

Mount Ievers Court  has been home to the Ievers family for 281 years and since then generations of Ievers and their families have worked hard to maintain the house in order to ensure that the estate retains a viable place in the local community and Ireland's heritage long into the future.  Mount Ievers is currently owned by Breda Ievers née O'Halloran, a native of Sixmilebridge, and her son Norman.  Norman is married to Karen, an American by birth, who has a keen interest in Irish history & the family archives.  Mount Ievers Court is among the earliest of the tall Irish country houses and as such, is honoured to be a member of the Irish Historic Houses Association https://www.ihh.ie.

We welcome local history groups, tourists, interested groups or individuals to come visit our home steeped in history. Currently we do not have wheelchair access but will make every effort to accommodate visitors with reduced mobility. 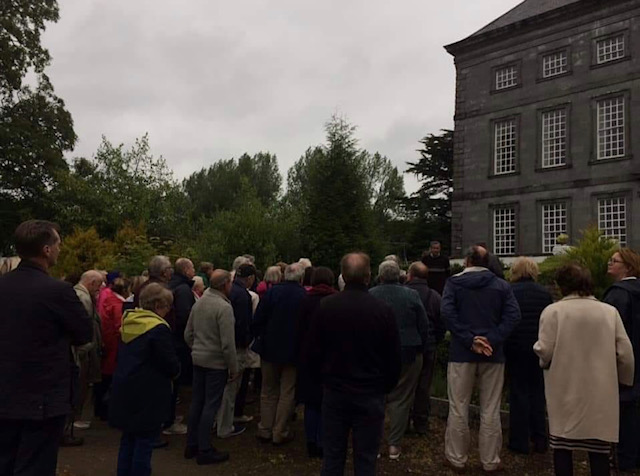